The first race series of the Enduro Mediterraneo has ended. With three races for 2014, the ground has been prepared to welcome this new race format to the greek mountainbike scene.Inline images 2 Despite the harsh conditions through which these races have been organized, the main organizators and all the local coordinators ( www.eviatours.com / Mountain Active / www.montisordo.gr ) managed to unite their power, setting a beautiful combination of destinations all around Greece, which either were known to the public before, or now became basic locations for Enduro mountainbiking in Greece and the Balkans.

The maiden voyage of the trails of Pelion left the best impressions to all the riders, with the only setback of the alteration of the race track on Sunday due to intense weather conditions on Saturday night. The scenery was unique, with the start next to the sea, providing the riders with the opportunity to enjoy views of the Pagasitic gulf from above. The trails were really demanding at some points, and even the Prologue Stage and the Liason Stages were as enjoyable as the Special Stages. The ones that were not lucky were the riders who started first, as many leafs had fallen on the tracks from Saturday’s storm making the trail very slippery. 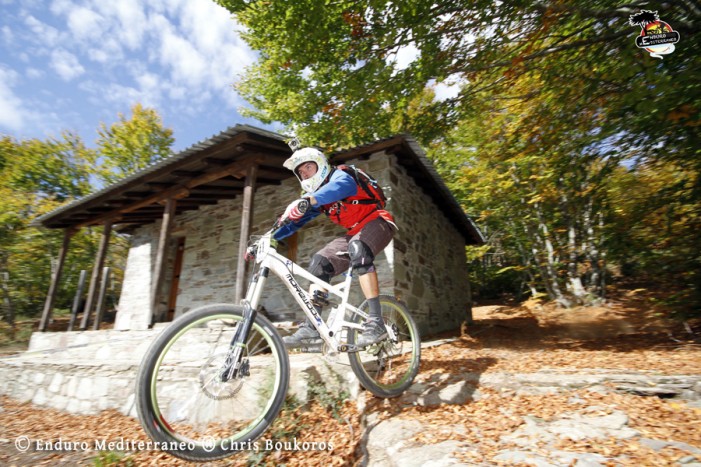 Nontas Lamprakopoulos from Velocity Bikes was the Series winner. He showed special commitment to his goal with 1st, 2nd & 5th places on Rnd#1, Rnd#2 & Rnd#3. With 470 points in total, he managed to gain first place against other big athletes. Velokas Apostolis finished 20th in Xanthi race, 4th in Steni & 3rd in Pelion, gathered 326 points conquering 2nd place. Vagelis Kavvadas, who is well know to the downhill community, who was really steady in general, had to stay with 9th place and 315 points in Pelion while he came 4th & 5th at the previous races, settling at 3rd place. Konstantinos Andriotis had to settle with 4th place with 300 points participating in only two races of the series.

At the final race, and in the Junior category, Marios Zabelis from Corfu prevailed against Kalliris Panagiotis and Nikolaos Kabaklis, while also gaining top position against Nikolaos Tsarouhis and Faidon Bouloubasis in the whole series. Erini Mavraki claimed more points than any other woman race the Mediterraneo series, setting her self at the top of both downhill and enduro racing in Greece for 2014. Hardtail category showed particular interest with 20 competitors taking score. The Pelion race revealed Miltos Sarakinos, with John Korfiatis and Theodore Mavropoulos following. Leading the series is John Korfiatis with just 3 points ahead Theodore Mavropoulos. Miltos Sarakinos having competed only in two races for 2014 remains in 3rd place.

With three races all over Greece, the Enduro Mediterraneo Series managed to gather 220 unique enduro riders. Many claim to be pure enduro riders, but many also come from XC, or DH, or even from other motorsports. Racing participants were 110 at Rnd # 1, 81 at Rnd # 2, and 121 at Rnd # 3, which shows us this more and more growing trend, and the passion riders have developed for this series. 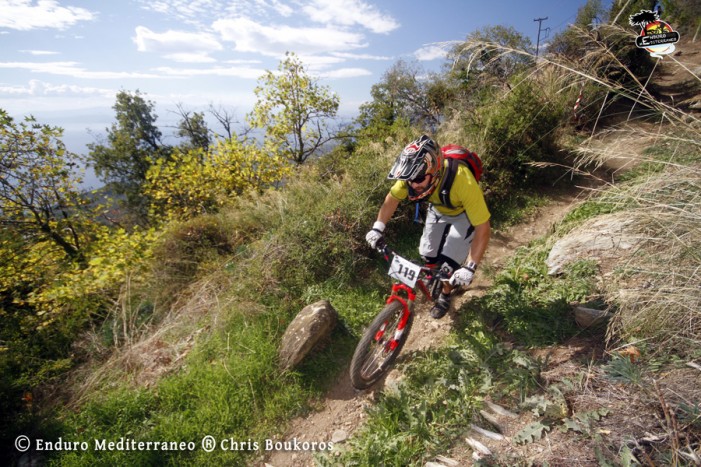 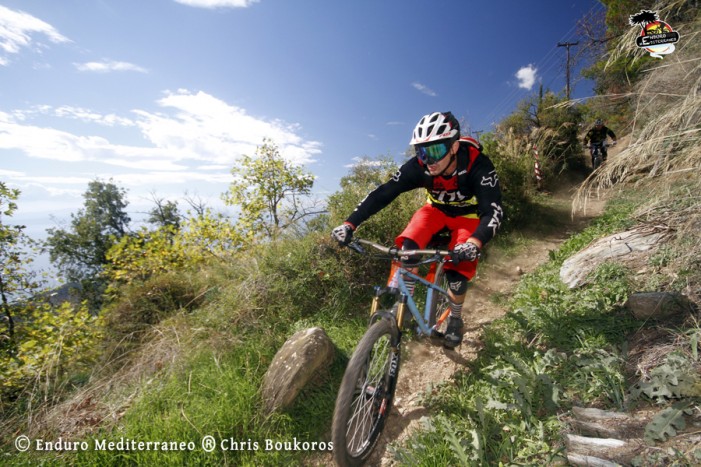 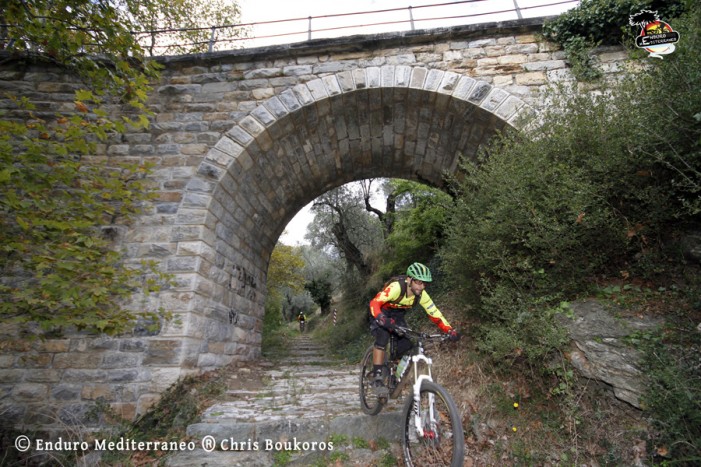 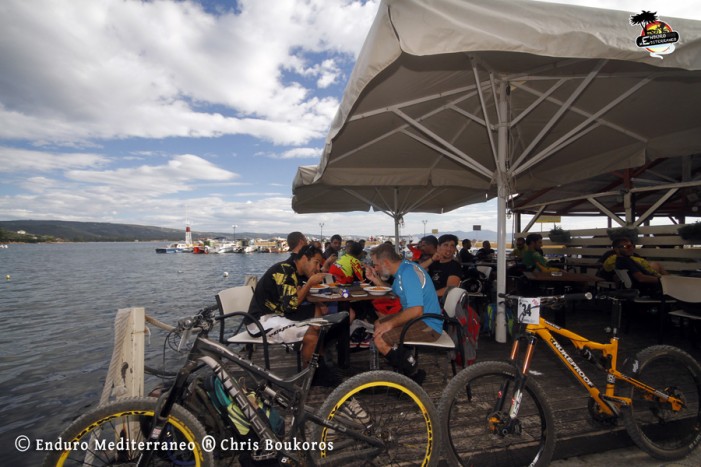 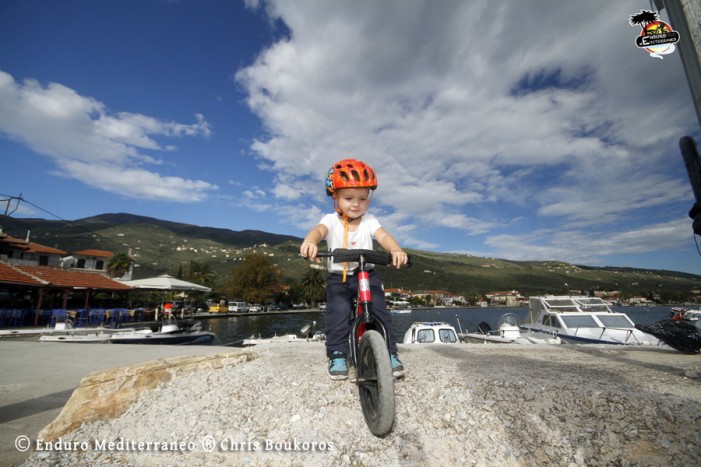 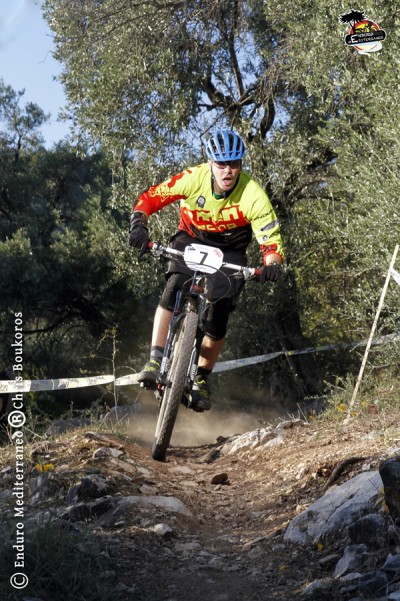 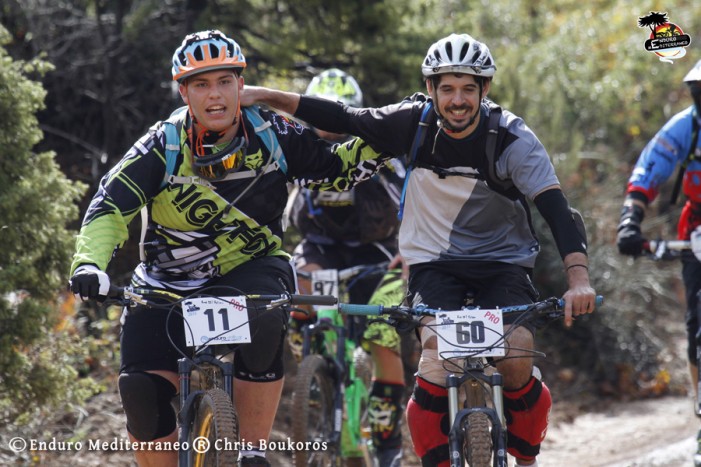 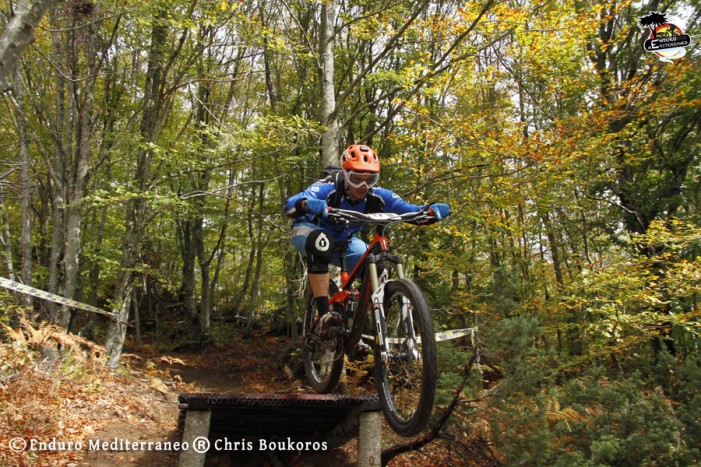 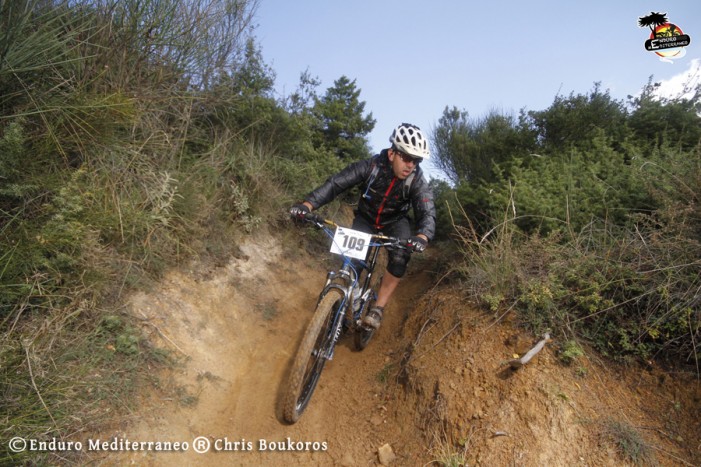 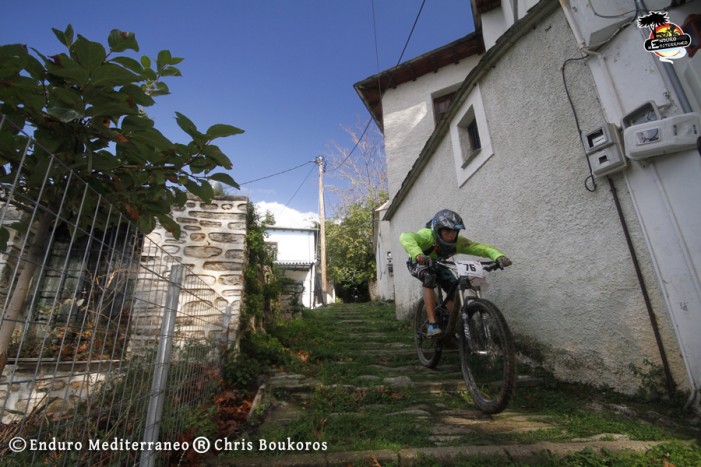 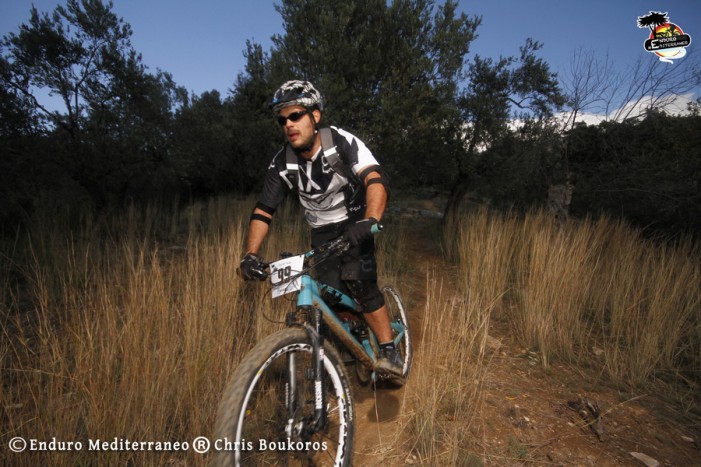 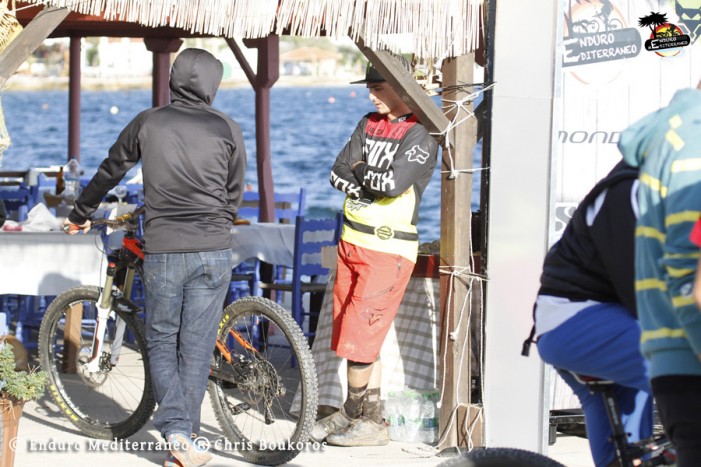 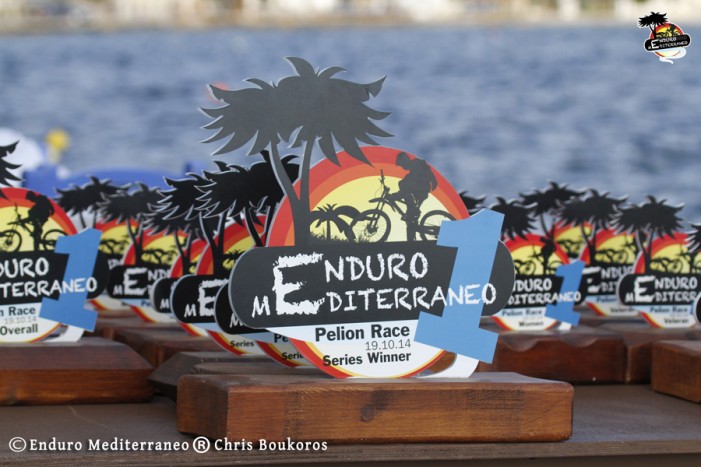 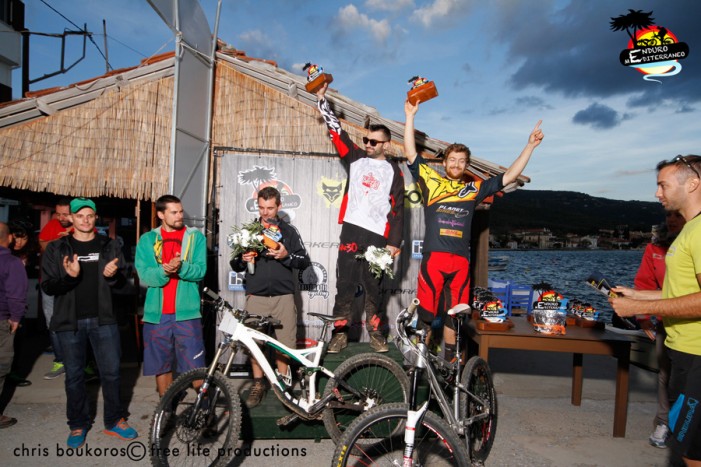 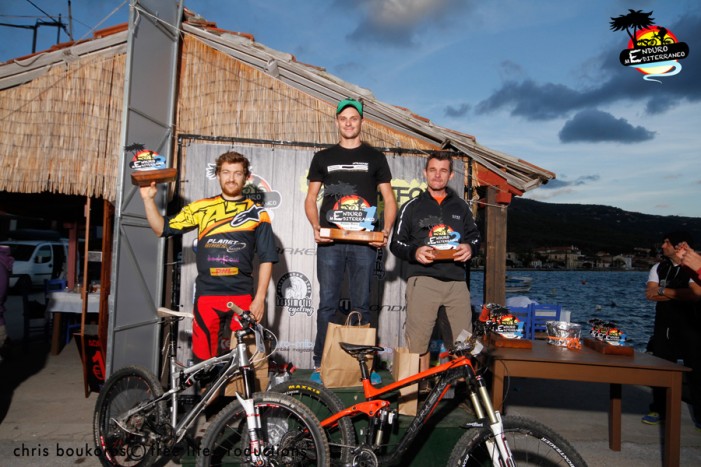 The destinations are scattered all over Greece, with one race in Xanthi, one in Steni, and one in Pelion. This geographic distribution made it easier for foreign athletes specially from Bulgaria (25 athletes), to participate in our races. Our 5 categories did actually have full participation. For 2015 we will also include one more category for Veterans 40+ as we can see more than 20 veterans competing against the younger riders. So it is about time to give same competitive race action to the more experienced category.
The race season of 2014 ends in a great way with the best of impression and a promise from the organising team for new locations for 2015. From three races for 2014, Enduro Mediterraneo is expanding to four enduro races all over Greece for 2015 and one Mini Enduro. Dates will be announced mid-November.
We would like to thank our SUPPORTERS without whom this race series could not have been completed.

One thought on “Enduro Mediterraneo. The Pelion race”