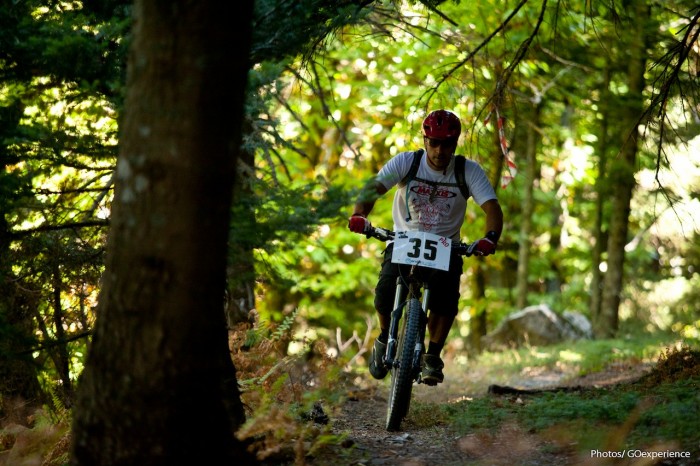 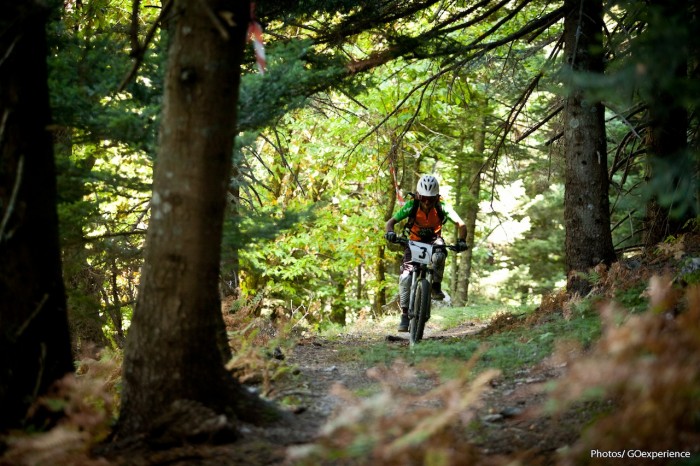 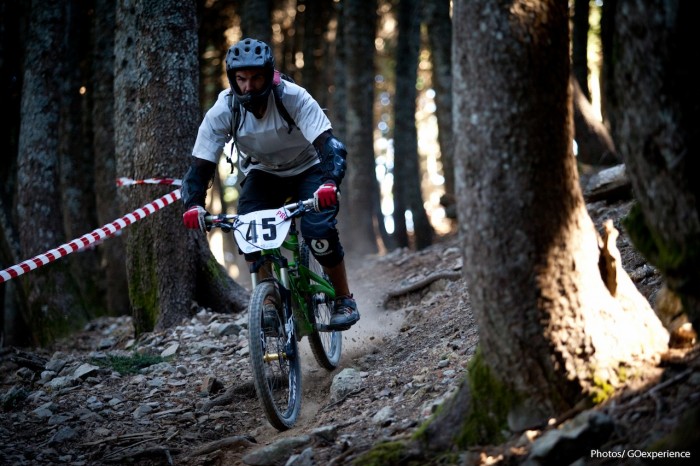 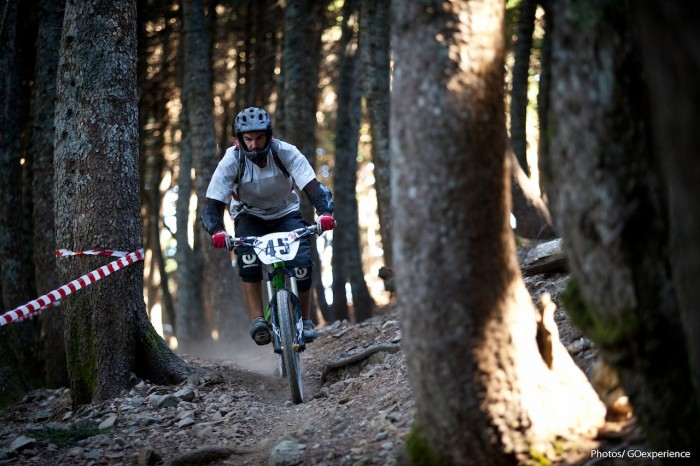 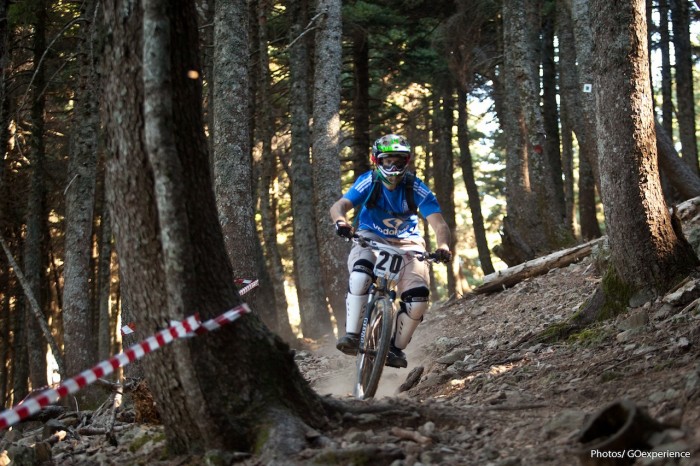 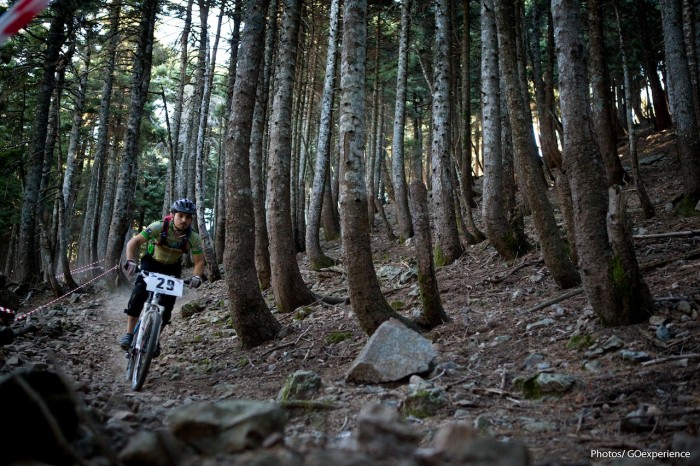 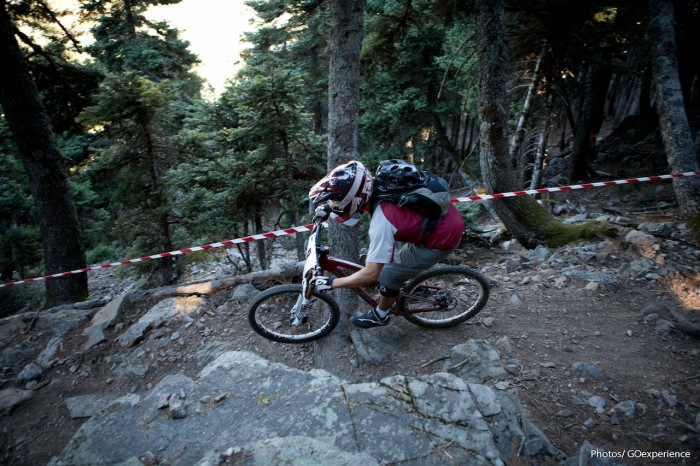 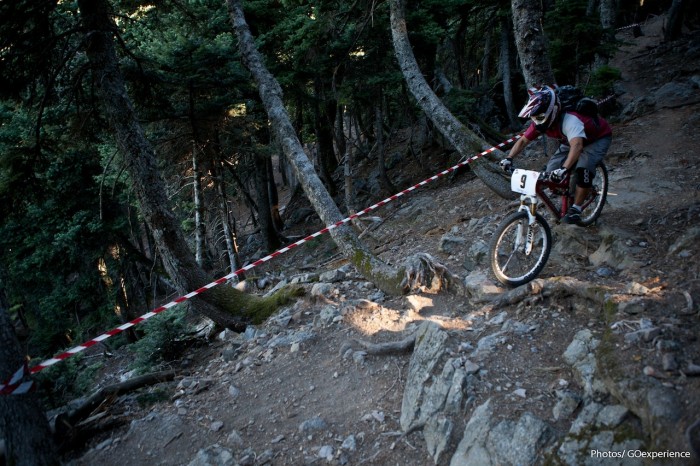 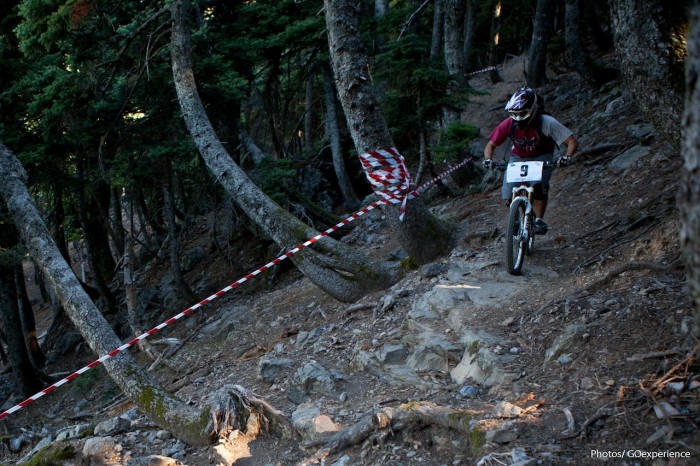 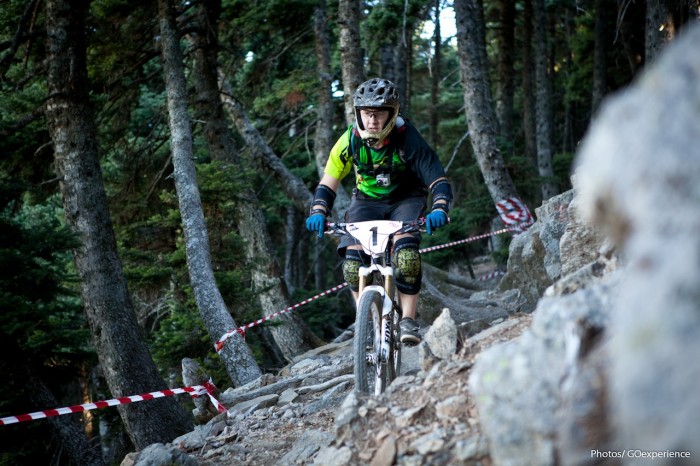 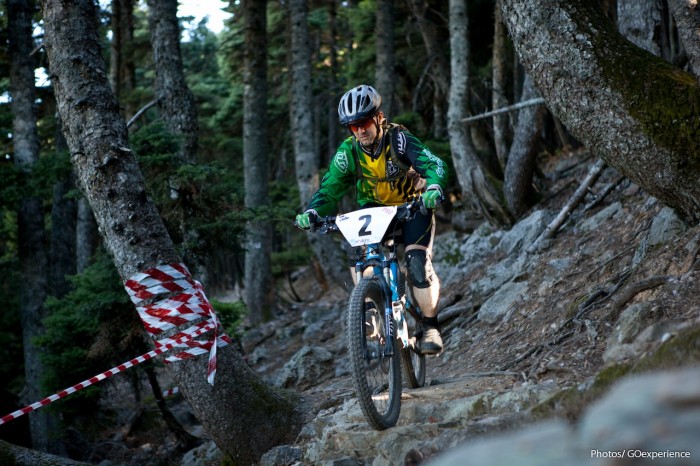 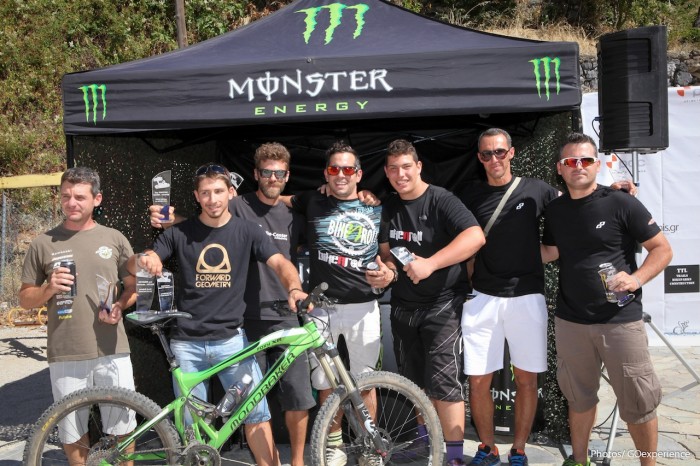 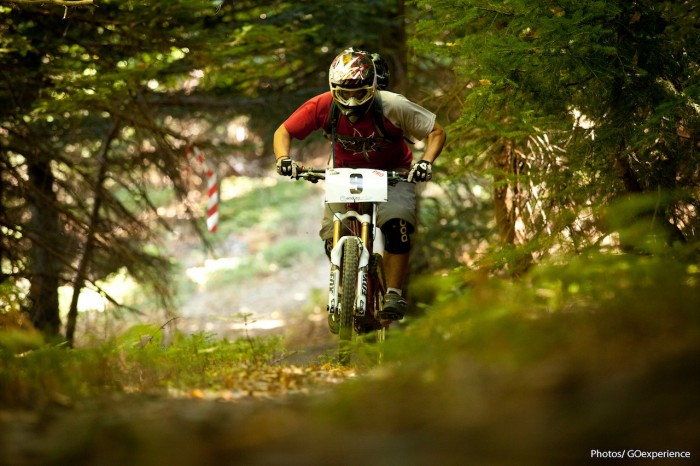 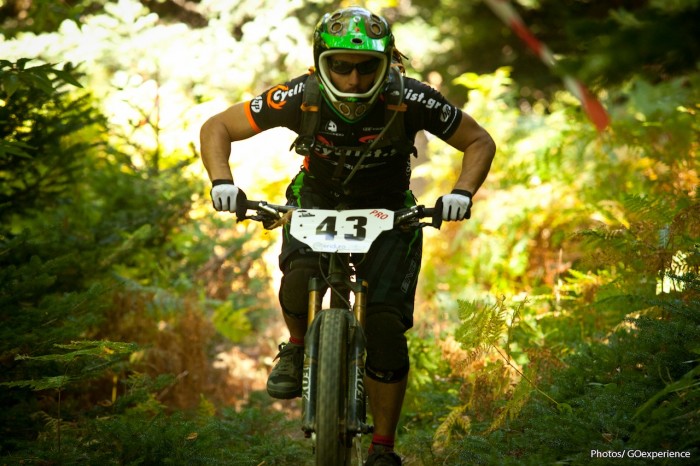 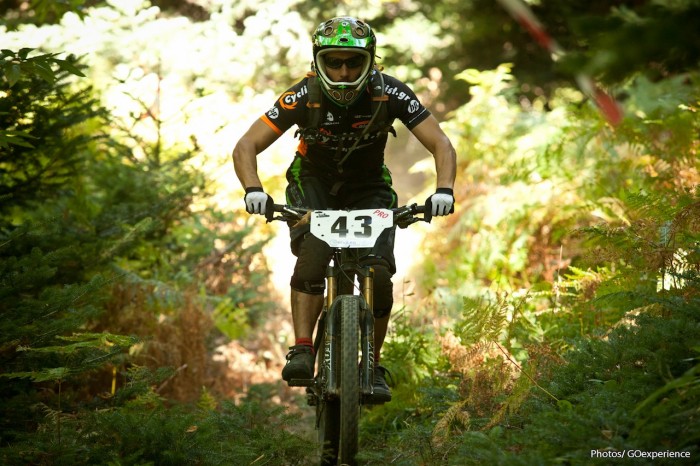 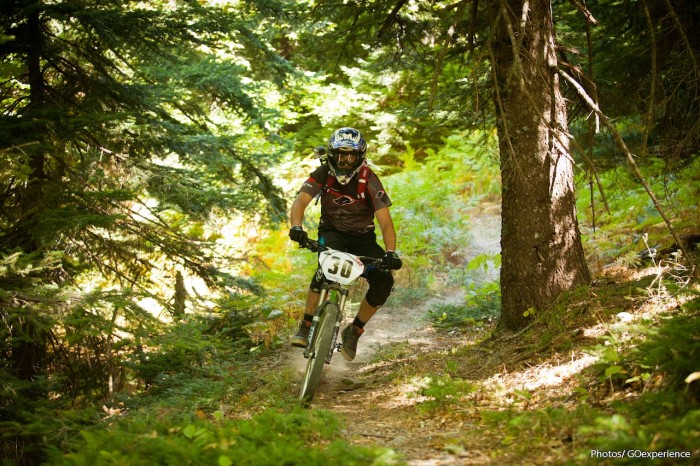 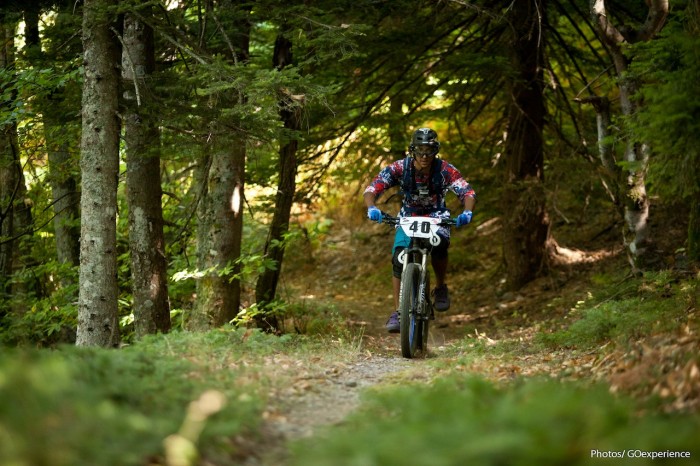 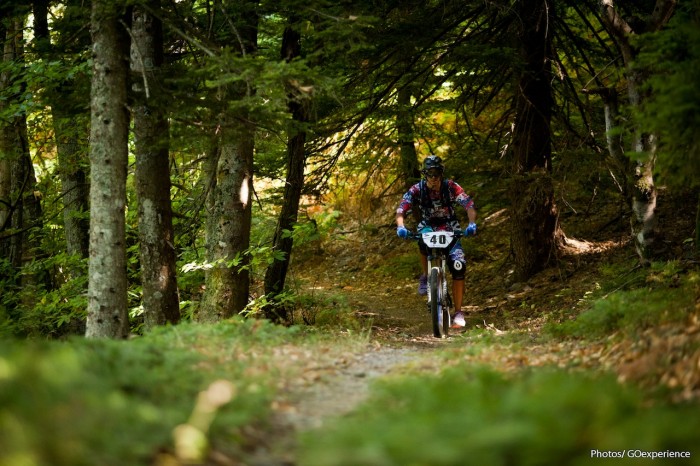 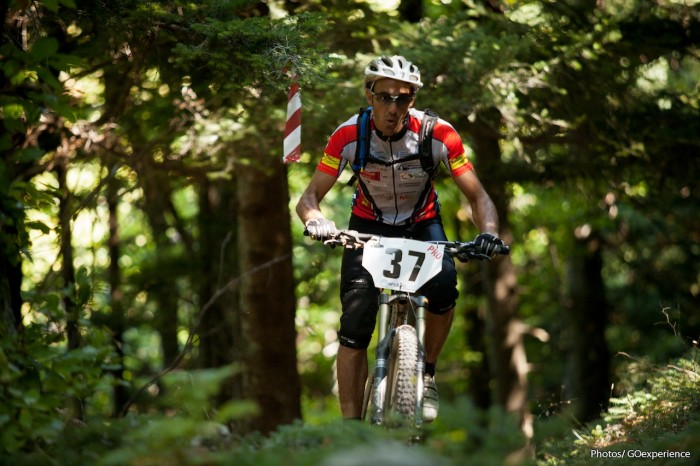 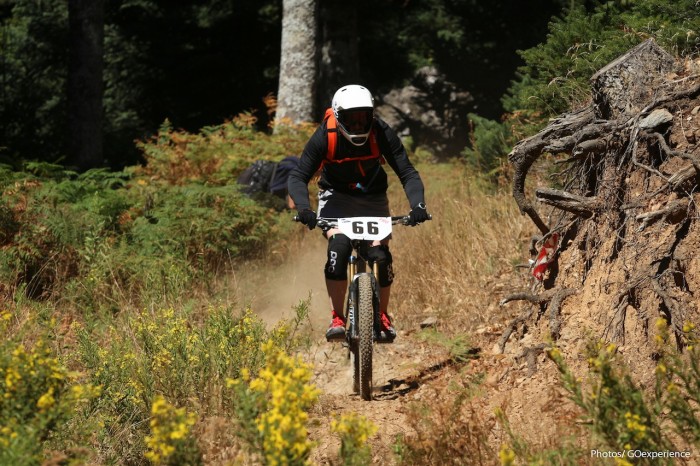 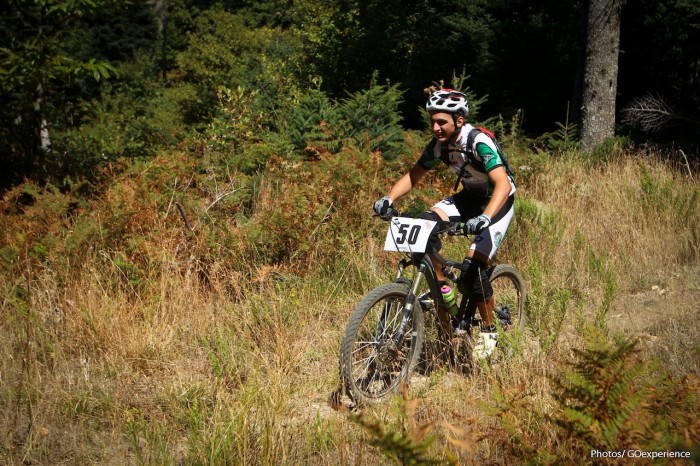 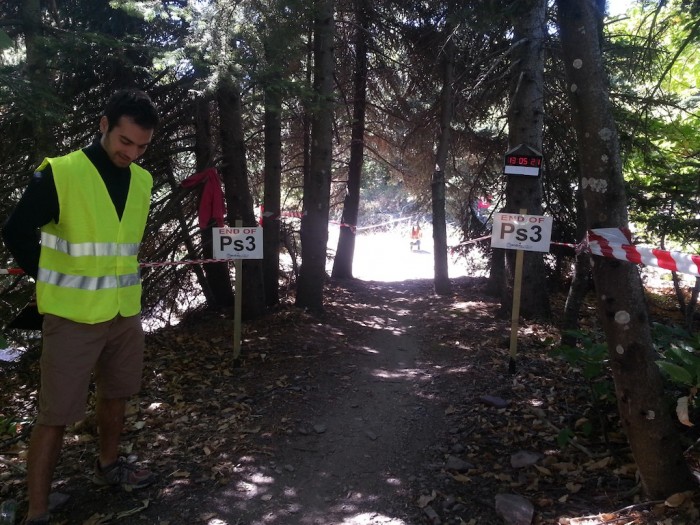 The first Enduro Race in Greece has passed into history. 60 athletes took place, and competed in 3 Special Stages.

The friendly atmoshpere of Enduro Racing made it’s appearance first time in, Greece, since starts were given to six riders at the same time, giving the opportunity to all participants to pedal up in pax of 6 and talk about their times from their race tag, either talk about the track, where everyone fell, or where each one lost valuable time. The weather could not be any better with bright sunshine and about 30 degrees temperature. The 58 Greek riders, on Italian and one Slovenian, gave us a great promise for athletic tourism in Greece, and that is a bet we have to win.

PS1 was well known to older riders of the National Championship race which started at the mountain refuge. This year the track was cut in half, adding a different route suitable even for xc bikes. The total lenght was about 2,6 km, and the finish was situated in areas even local downhillers hadn’t seen before. The best athlete finished at 3:58.

The next stage, PS2 is an all new trail for the area which was constucted the last 6 months. The new sections were designed to please the novice but also satisfy even the most wild downhillers. Generally easy to ride, apart from one 20 m part that reminded you that you are riding a downhill trails.. The finish ended on an 200 m uphill dirtroad (something we decided not to do again.)

Starting off PS3, it gives you an impression of an xc race. By the time you pedal the first 50 m of uphill, you then realize that this stage is not xc but enduro, rolling turns, speed pipes, and some samples of mini drops, so that you don’t forget you are riding downhill oriented trails

As we said the whole climate was really friendly, the contestants nothing like competitive, father and son riding and racing tha same tracks (a first for greek racing), generaly it looked like a new kind of racing landed from another planet. All negative vides before the race just turned into a warm feeling of satisfaction and happiness. All the kind words we heard after the race made us stronger, giving us confidence for the creation of a 3 race series in 2014 in Greece. The level of riders demonstrated a more serious form of extreme cycling and a general turn towards Enduro type mountainbiking, just like as if someone pushed on the restart button. The climate was really family friendly, something we are hoping to be established on all Enduro events, and we hope more and more people embrace it.

The participants had the chance to win unique gifts such as heart rate monitors, gift vouchers, stay at wood villages or spa hotels. They also had the opportunity to win an Intense Tazer HT frame with just a 2 beer worth ticket. The lucky guy was Enrestos Sakelarakis who left Steni village winning this unique fire red Intense Tazer HT frame just with 5 euro.

We would like to thank all our volunteers at the timing stations and the judge positions. We thanks the Cultural & Embelishing Club of Koutourla, the Cultural Club Of Steni, who with the cooperation of Evia Tours, brought out the race with no injuries whatsoever on the race day. Special thanks to Antonis Kapnoulas from Mytilene island for helping us the day prior to the race, in setting up the tracks, also Panos Loutas for his triple help (setting the race tracks, racing down last closing the race, and cleaning up the tracks after the race). After so promising vides of volunteer spitit and common effort of athletes and others, there is no doubt that Enduro Mountainbike is the future of mountainbiking in Greece in every aspect.

It is worth mentioning that about 50% of the participants came from small towns allover Greece, which is rather expected as they are the ones who have closer encounter with nature, and we from our side will commit to stimulate selected beautifull places with races and events in organized villages and areas that foreigners would not hesitate to visit.

Our appointment is updated for 2014 with new races and new places, for the evolution and expansion of Enduro Mountainbike in Greece.

Keep Up the Pedal

In the following link you will find the final video or the first Enduro Race in Greece.

14 thoughts on “Enduro Race in Greece”